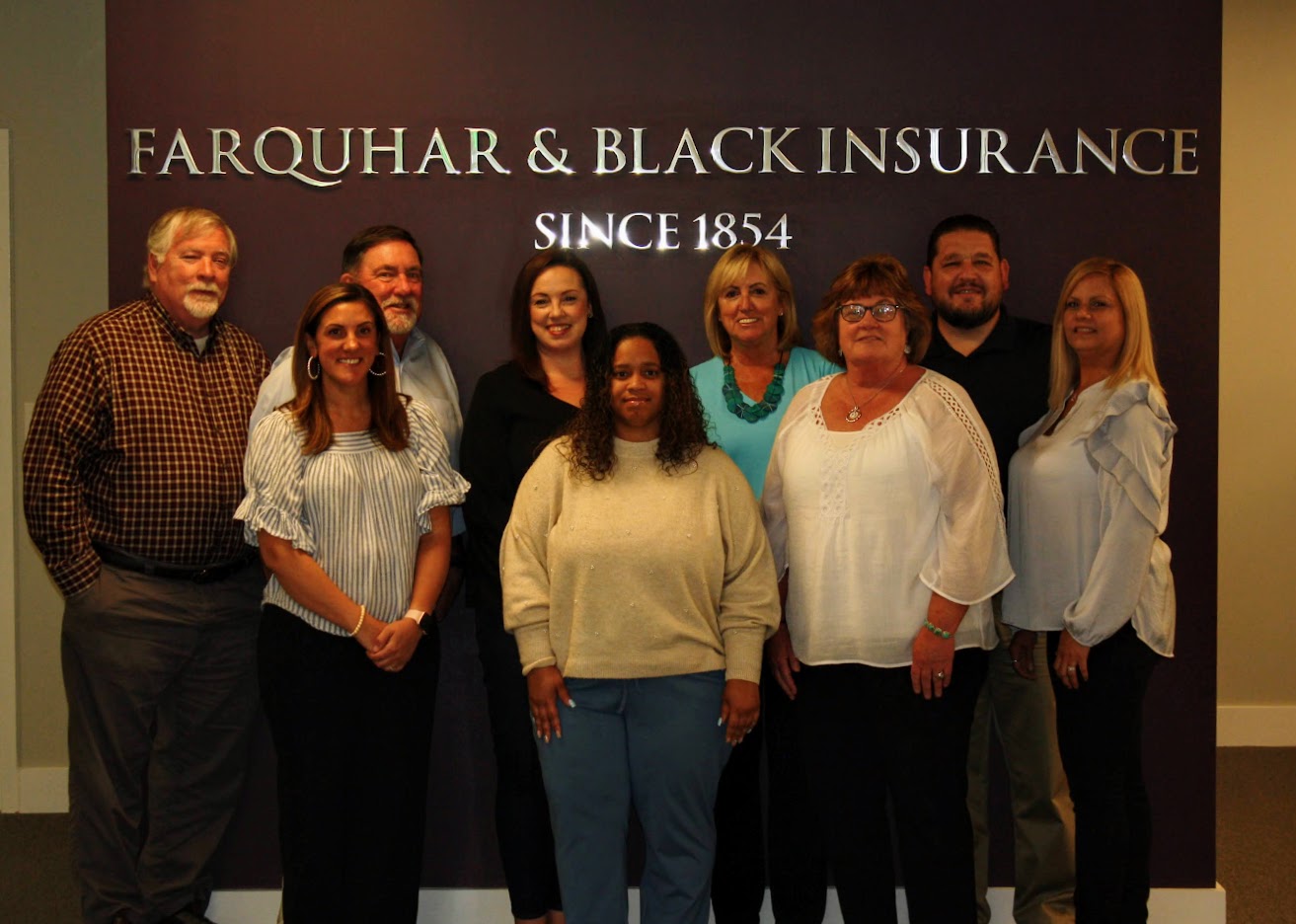 Ned, as he is known, started at Farquhar & Black in 1976. A graduate of Connecticut College, he obtained his Certified Insurance Counselor designation in 1989. An empty nester, Ned lives with his wife Diana in Marblehead. Active in the community, he is a past President of Swampscott Rotary Club. Additionally, Ned served two terms as President of the Boys and Girls Club of Lynn and was a 2002 inductee into their Hall of Fame. He was a founding Board member of LynnArts. Ned also served as Chairman of the Swampscott 4th of July Committee for many years and served on the Town's Zoning Board of Appeals including two years as Chairperson. When he is not in the office, Ned is frequently found on the golf course in the summer and less frequently on the ski slopes during the winter. Regardless of the season, he loves spending time with his 5 grandchildren!

Diana started at Farquhar & Black in 2001. A graduate of Elms College in Chicopee, MA, Diana obtained her MA Broker’s Insurance License in 2002, and the Certified Insurance Counselor designation in 2010, and is a Notary Public. Diana, together with her husband Ned, has five children and resides in Marblehead. When she is not in the office Diana enjoys spending her spare time golfing and baking hand-made pastries.

Chris has been an employee of Farquhar & Black since 1985. He is a Massachusetts licensed Property and Casualty Broker. He grew up in Lynn and he and his wife Debbie have been residents of Swampscott since 1995. He and Debbie are the parents of three daughters and they are grandparents of two grandsons.

Marian Cruz-Moved to Massachusetts to be closer to family from the Bronx New York, born in San Juan Puerto Rico. Marian was the first one to graduate in her family in 2006, from Marian Court College in Swampscott, MA. She started working part time formerly employed by Elizabeth S Puleo Insurance Agency now owned by Farquhar & Black Insurance Agency since 2009. At this time, Marian is the youngest working employee at F&B which allows her to be the pick of the apple to learn more while helping fellow colleagues, new customers and with current insureds. When Marian is not at Farquhar & Black Insurance Agency, she is normally spending time with family and friends. Marian likes to travel, help others and is looking forward to becoming a Mom for the first time.

George Kapeleris is the newest member of the Farquhar and Black team,.Coming to F&B after 13 years at General Electric, he received his MA Insurance Broker’s License in 2020. George is an intregal part of our Sales Department focusing on both personal and commercial insurance.  By bringing a high level of energy and expertise to the Team, George easily shows his strength in the area of customer relations. He is always talking to and meeting with people one on one to get to know them better and really understand how best to protect them and their assets. He is fluent in Greek and active at St. George's church.  George loves spending time with his 2 children Nicholas and Stella, along with his wife Jamie. George has a passion for BBQ and is often found in front of the grill, cooking a new recipe for family and friends.

Jessica started at Farquhar & Black in 2001. She studied at Colby-Sawyer College in New Hampshire, obtained her MA Broker’s Insurance License in 2002, and the Certified Insurance Service Representative designation in 2006. Jess is currently studying for her Certified Insurance Counsellor (CIC) designation. Jessica, the daughter of Ned & Diana Breed, resides in Lynn. When she is not in the office, Jessica is busy sitting as a board member of the Lynn Boys & Girls Club. She also frequently creates and bakes specialized “Cake Pops” for special occasions.

Maritza was born in Puerto Rico and came to Massachusetts in May of 1985. She continued her education and graduated from North Shore Community College with an accounting and business associates degree. Maritza has been in the insurance business since 1997. A former employee of Puleo Insurance Agency, she is now here at Farquhar & Black Insurance Agency since December of 2009. Maritza looks forward to continuing to contribute to her community, personally and professionally. She speaks two languages fluently, Spanish and English. Outside of Farquhar & Black she enjoys spending time outdoors with family, friends and her Grand-kids. She loves all sports, especially football. Maritza enjoys helping people reach their goals by teaching and encouraging clients to do things they never thought they could. Helping people is her ultimate goal.

Maureen, known as Moe in the office, has been with Farquhar & Black since 1997. Moe a life-long Lynn resident, obtained her Massachusetts Brokers License in the spring of 2013. When not in the office she enjoys spending time with her twin granddaughters and her family, walking the beach, following the local Boston Sports teams and attending Bruce Springsteen concerts.

Greg has been with Farquhar & Black since 1999 and has been working with commercial insurance since 1980. Greg is a graduate of the State University of New York system with BA and MA degrees. Greg is a member of the Society of Chartered Property and Casualty Underwriters and holds a Massachusetts Property and Casualty Advisors License. A Rotarian since 1984, Greg was past president and has been active in the Marblehead Club. Not only does Greg insure manufacturers, he has a machine shop in his garage and as a hobby makes parts for marine diesel engines.